An article about the Wellington night club scene of the 1980s is the most popular story on the online musical archive site Audioculture, the “noisy library of New Zealand music”, which recently celebrated its fifth birthday.

The historical feature by local writer Michael Holloway is illustrated with many photos and posters of the time and covers the scene at clubs like Dr Johns, Clare’s, Chips, Exchequer and Alfies, the emergence of hip hop and house, and key players of the time such as impresarios Ray Johns and Nick Mills, and DJs Tee-Pee (aka Tony Pene), Rhys Bell and Raw.

It is one of over a thousand interlinked pages documenting the people, record labels, venues and scenes of New Zealand popular music,with historical articles and interviews, photographs, posters, hand-written song lyrics, discographiesand soundtracks.

Audioculture was the brainchild of label owner, writer, producer, DJ and broadcaster Simon Grigg, who had long envisaged a repository for a range of content documenting the largely untold stories of New Zealand popular music.

His dream was realised in 2013 when the online archive was launched by the Digital Media, with Simon as founding creative director.

In September 2016, Wellington-based musical historian Chris Bourke took over as content director, bringing in his skills as radio producer, magazine editor and award winning author of Blue Smoke: the Lost Dawn of New Zealand Popular Music, which won the New Zealand Post Book of the Year award in 2011, Good-Bye Māoriland: The Songs and Sounds of New Zealand’s Great War, and Something So Strong, the definitive Crowded House biography.

Chris is part of a small team that includes site editor, musician and writer Steven Shaw and publicist Renee Jones. AudioCulture works with more than 45 noted writers and contributors, and includes many images from key New Zealand’s music photographers, including many formerly unpublished works. 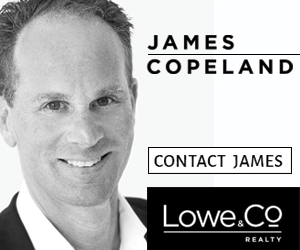 The Wellington App will be linking to Audioculture articles featuring Wellington content on an ongoing basis.