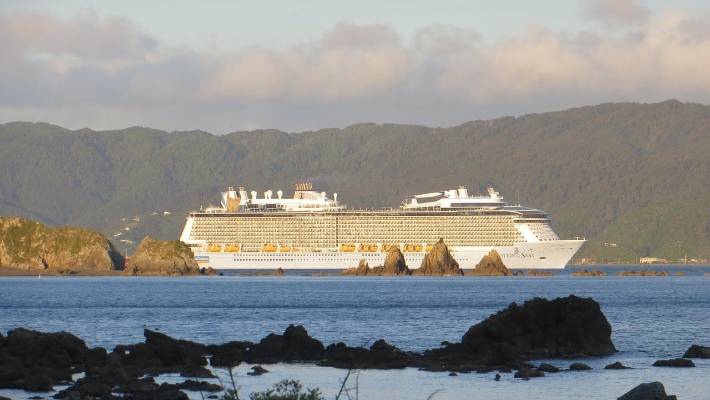 A mega-liner is heading to sea after mechanical issues stopped it near the mouth of Wellington harbour.

The Ovation of the Seas – the largest cruise ship to regularly visit Wellington – came into trouble Monday evening.

Harbour master Grant Nalder told Stuff the mammoth ship called for tugs just after 7.30pm while it was exiting the harbour, just off the coast of Seatoun.

An issue with the propulsion engines caused the ship to stop.

Two CentrePort tugs held the ship, which is carrying just over 6000 people, while the problem was investigated.

At 9pm the ship reported the problem was fixed – and began its voyage to Napier.

A ferry was delayed by 10 minutes while the ship cleared the channel, Nalder said.

Previously, Nalder said that if the could not be fixed it would not stay in the chanel over night.

“Something will happen, she will move somewhere.”