A man has been sentenced to life imprisonment for the murder of a Black Power member in Wainuiomata, near Wellington.

Samuels was sentenced to life imprisonment with a minimum non-parole period of 17 years at the Wellington High Court this morning.

Justice Cooke said the crime had been planned. 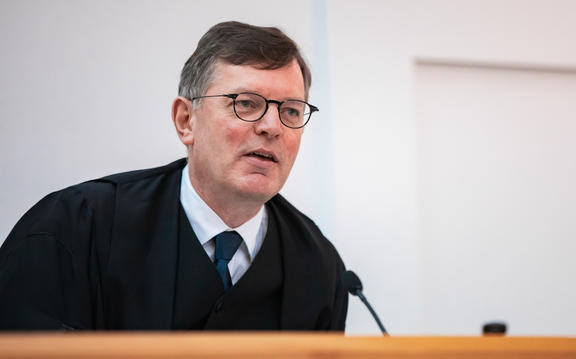 “Serious violence to Mr Te Hiko was almost inevitable if he was present – a shotgun was taken because of this – you were a key participant in this plan.”

Justice Cooke said Samuels had 105 previous convictions, most for dishonesty and driving-related offences.

Samuels had lived in the shadow of crime from a young age, when he’d tag along with his father selling drugs, he said.

He also mentioned Samuels’ drug use, including methamphetamine.

Samuels had been in and out of youth detention as well as in Oranga Tamariki care, he said.

Justice Cooke acknowledged that Samuels wanted a different lifestyle and was interested in connecting with his Māori roots.

As Samuels was escorted out of court, he tapped the wall to acknowledge family in the public gallery – with one saying “see you tomorrow”.